The World’s most powerful passport 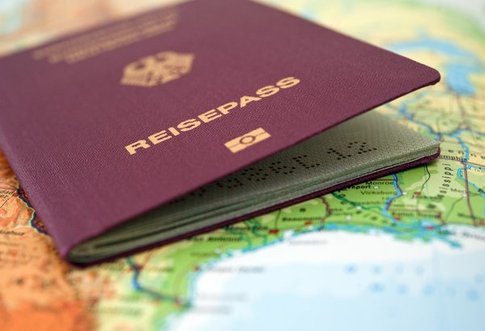 German citizens possess the world’s most powerful passport, according to a new study, with Britain and the US falling just short of the top spot.

The ranking by Henley & Partners, a citizenship and planning firm, takes into account how many countries can be visited without applying for a visa. German passport holders can travel to 177, out of a possible 218, while Britons can visit 175 and US citizens 174.

The UK topped last year’s rankings, alongside Germany, but ceded the top spot after several countries relaxed visa restrictions to the latter during 2015. It was also leapfrogged by Sweden and now shares third place with France, Italy, Spain and Finland.

Belgium, Denmark and the Netherlands share fourth spot with the US.

The world’s least powerful passport belongs to citizens of Afghanistan, who can visit just 25 countries without a visa.

“Generally, there was significant movement across the board with only 21 of the 199 countries listed remaining in the same rank,” said Henley & Partners. “No country, however, dropped more than three positions, indicating that overall, visa-free access is improving around the world.

• Which foreign passports are most common in London?

“Four countries in particular made huge gains; Tonga rising 16 spots, Palau by 20, Colombia by 25 and Timor-Leste being the highest climber with an increase of 33 ranks.

“Malta, the EU member country which runs the world’s most successful citizenship-by-investment program has gained visa-free access to another two countries since 2015, making it the 8th most powerful passport in the world. The leading country in the Caribbean, Antigua and Barbuda, meanwhile ranked 30th and its passport-holders may now travel to 134 countries visa-free.

“Portugal, which holds the most attractive residence-by-investment program through its Golden Visa Program, has taken 6th position in the 2016 Index, gaining two countries to total 172 countries its citizens may travel to visa-free.The global progress in travel freedom looks set to continue for citizens of all countries.”

The world’s most powerful passports